There can be no certainty that any further proposal or offer will be forthcoming.  A further statement will be made if and when appropriate”. 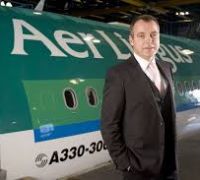 Willie Walsh is clearly serious in his bid.  What happens next?  Is he working in cahoots with Michael O’Leary?   See BTN 5 January.  And at what point does Aer Lingus says yes?

In the meantime there has been a revision of the Aer Lingus current CEO’s departure date.  Christoph Mueller will now step down 28 February to take up his new role as CEO of Malaysia Airlines.  Malaysia seemed to expect him earlier.  Does he have a say with IAG?  No replacement has yet been announced. www.aerlingus.com