Willie Walsh, the IAG boss, sprang a surprise just before the holidays by announcing a bid for Aer Lingus (EI), an airline he had once headed.  It was rejected.  No surprise.  A takeover battle is expected imminently. 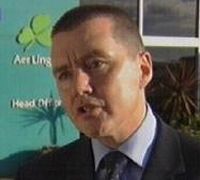 Where this leaves the Aer Lingus Regional franchise (Stobart Air), said to contribute to 25% of the North Atlantic traffic, remains to be seen.

At present the Irish airline is 29.82% owned by Ryanair, 25.11% Irish Government with the 45% balance held by a variety of investors including the airline’s trade unions, institutional shareholders, and Etihad (4%).  Ryanair is being forced to sell its shareholding but this has been challenged and awaits a decision by the UK Court of Appeal.

Aer Lingus is the third largest airline at Heathrow in terms of movements (24 slots).  The London services are clearly an important part of the profitability of the airline and a future holding for IAG/BA which would probably not be the subject of interest by the Competition Commission, the access still less than continental airlines at their main hub airports.

The EI fleet of Airbus aircraft is compatible with IAG’s and just like BA it has the Airbus A350 on order.  Christoph Mueller, former Chief Executive, officially joined Malaysia Airlines 1 January 2015.  No successor has been announced.   www.aerlingus.com