ON TOUR: Railways and airports

Sally Gethin has been to the UK Air Rail conference organised by The Global Air Rail Alliance (GARA), held at the iconic Paddington Hilton Hotel, originally conceived by Isambard Kingdom Brunel as the London home of “God’s Wonderful Railway” or Great Western Railway (GWR).   Major expensive work is returning the hotel to the glories of the past.

Creating high-speed air-rail connectivity is a major objective in the UK.  The government has embarked on a study on Southern Rail Access to Heathrow in response to the Airports Commission and as part of the airport capacity issue in the southeast. 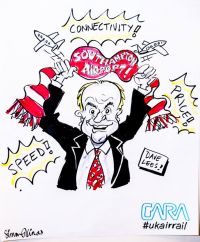 Architectural and urban design practice WestonWilliamson & Partners (WW&P) is responsible for designing the Crossrail interchange at Paddington, a vital part of the largest rail transport project in London for many years.

He said that Paddington station – halfway through the £300m project does “not provide a good impression at its two entrances and the taxi entrance so “we want to improve passenger experience with 21st century feel and aesthetics.”

Awarded the design project in 2010, WW&P is now “spreading the wings of Brunel's station and his original vision with an unusual underground station completely open to fresh air, with lifts at the heart of the design accommodating 17 persons at a time.”

Naybour cited Old Oak Common in west London as a “high quality interchange” in creating new Western Rail Access to Heathrow (WRATH) and “huge potential” linking a Southern Hub to the West.  He said the “generosity of space is unprecedented, akin to an airport.”

First Great Western (FGW) Managing Director Mark Hopwood spelt out the vast array of plans linking airports via rail.  FGW is responsible for direct services to Gatwick from Reading, running Heathrow Connect in conjunction with the airport and integrated rail and coach services with FirstGroup.  Passenger journeys rose from 76m in 2006 to 97m in 2012, and 100 new rolling stock vehicles have been introduced since 2008.  First class carriages are being "reseated" to release additional standard class seats daily. 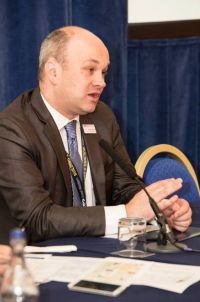 He noted the potential of a one hour direct service to Gatwick from Reading for the Thames Valley.  He added, “In the longer term it is possible to imagine a direct rail service to the airport from Yatton.”  This is a local station close by Bristol Airport.

The Department for Transport (DfT) has pledged £0.5 billion for a new rail link from the west, possibly near Langley, into Heathrow Airport.  This would leverage the existing platforms in Terminal 5 and is planned to be operational in 2017-2020 “subject to a business case now in development by local authorities and businesses in the Thames Valley.”

As a result of a partnership betwen First Great Western, Heathrow Express and Singapore Airlines the first UK through rail and air ticketing Rail-Fly was launched in January this year, followed by similar tie up with British Airways.

The Heathrow Express is getting an upgrade.  The Heathrow end of the service was designed for Terminal 5 around lifts rather than escalators.  The company is now working to close the gap between the train and the platform to enable a flat platform entry. This will help customers with restricted mobility as well as luggage.

Luton Airport’s Chairman, Clive Condie, said that the airport, which is linked to St Pancras with eight trains per hour is “not very joined up but we are getting that way thanks to Govia Thameslink Railway”. The airport wants a London Luton Express with 24/7 year round services; 19 minutes by rail to Central London every 15 minutes and a fixed link (people mover) to remove the interchange penalty. 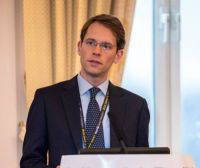 Southampton Airport, in contrast to many other regional airports, is a “breeze” (the new branding) with the “easiest air rail connection” in the UK according to Managing Director David Lees.  The 1.8m-passenger airport boasts nearly a third of its traffic as business passengers and is simply 99 steps from the railway making it the closest airport to a mainline station in UK, two minutes from bag claim to platform, six minutes to city centre, and “in a fantastic position.”

Gatwick is looking to introduce 50 trains an hour and is investing £50m in its station infrastructure.  That will result in 27 trains, and 108 carriages in 2016 along with free wi-fi and power sockets, multilingual information and dedicated on-board host to help with information and provide better customer information.

Rail is a matter of urgency according to Manchester Airport Group (MAG), the largest UK owned airport operator with four airports – Stansted, Bournemouth, East Midlands and Manchester – serving around 42m passengers every year. 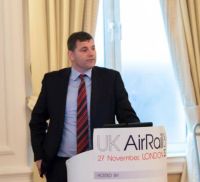 Tim Hawkins, Corporate Affairs Director of MAG said, “The industry spends a lot of time talking about runway capacity – but there is a gap between airports policy development and railway development to support airports in the UK.”

One of the more shocking facts to emerge at the conference is that the Stansted train journey has actually slowed down since it was introduced in 1996, from 45 minutes in length down to an hour today.  Hawkins did not explain why but said that “some progress” towards speeding it up again was being made.  MAG is “working with partners to reduce times back to around 40 minutes and increase capacity.”

There are more early morning trains and a new half hour service to Cambridge.  Stansted has a “need for an HS2 station to connect northern cities with the airport.”

He concluded, “There will be no new runway for 10-15 years so priority must be given to rail projects that unlock existing capacity.”

At Manchester Airport station a fourth platform has recently been completed, with a new direct service to the City Centre and Metrolink network.

The Northern Hub is a £530m project to remove capacity bottlenecks, improve performance and reduce delays.  This is an “opportunity for the airport to sit at the heart of a cross-country high speed rail Network” according to Hawkins.

His was a fine summary of the day:  “Rail and aviation policy must work together to connect catchments and drive economic growth across the UK.” 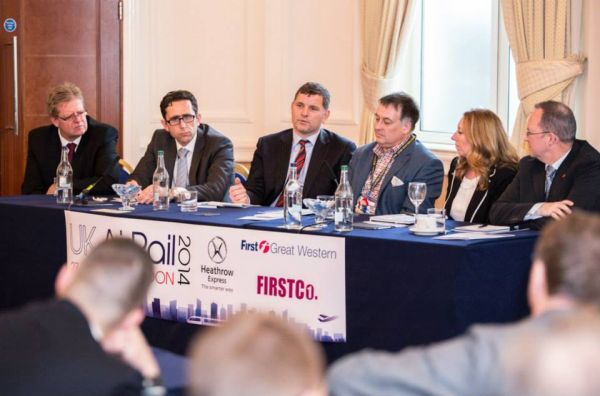