The Smith Commission on taxes devolved to Scotland has recommended that Air Passenger Duty (APD) should be included in the package. 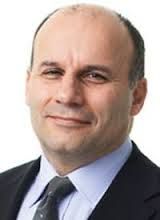 Dale Keller, Chief Executive of BAR UK, which represents all the airlines operating in the UK summed it up for everyone.  He said: “The Scottish Government has already indicated it would slash or scrap the world’s highest air passenger tax to stimulate the local economy. The right time is now for the whole of the UK to share equally in the benefits a phasing out of APD would deliver.”

Mark Tanzer, CEO of ABTA, had this to say:  “Today’s announcement by the Smith Commission that the Scottish Parliament should have full power over Air Passenger Duty could have a significant impact across the whole of the UK.  Any inconsistencies between what a passenger pays flying from Scotland compared to elsewhere in the UK could create an uncompetitive and damaging situation for travel businesses.  ABTA has welcomed that the Scottish Government has recognised the damaging impact this tax is having on jobs and growth as well as on consumers.  In light of today's announcement, ABTA is urging the UK Government to review the level and impact of this damaging tax with a view to reducing it across the whole country.”   www.bar-uk.org    www.abta.com