Ryanair won a nebulous victory in the European Union's second-highest court last week regarding its complaint against Ireland's version of APD.

The airline had argued that the tax, not levied on transit passengers, constituted state aid for the benefit of rival Aer Lingus and (now) Aer Lingus Regional as they had a higher proportion of passengers transferring in Ireland. 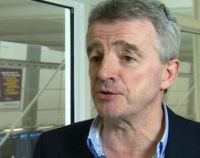 The Commission had found in 2011 that the exemption of transit passengers from the tax did not constitute state aid.  However, the Luxembourg-based General Court said there were indications that the Commission had difficulties in its finding and should have launched a formal investigation.

The court therefore annulled that part of the Commission's decision.

Ryanair has since agreed to boost the number of flights from Irish airports after the government eventually scrapped the €3 tax in April 2014.  This latest EU action was allowed to run its course although it was three years old and what was Aer Arran is now owned by Stobart Air and flown as Aer Lingus Regional.  www.ryanair.com