The eagerly awaited new rail franchise for the east coast has been awarded to Inter City Railways, a consortium of Stagecoach and Virgin Group from March 2015.  The new operator takes over from the publicly owned East Coast Main Line Co Ltd, who replaced National Express East Coast in November 2009 when that company failed.  East Coast is profitable and has built up a fine reputation as a service provider, albeit with very old rolling stock.

Key to the new operation is the introduction of 65 state-of-the-art Intercity Express trains being brought into passenger service from 2018, totalling 500 new carriages.  The service on the lines is likely to be modelled on the very successful Virgin Trains model (and brand) with the latest wi-fi incorporated.  The trains will be able to reduce the London to Leeds schedule by 14 minutes, and from London to Edinburgh by 20 minutes with just one stop at Newcastle.

For Virgin Trains the last two years has seen a dramatic change of fortune, in October 2012 the then Transport Minister Justine Greening having to do an about face on the West Coast Line, having initially disfranchised the operator. (See BTN 10 December 2012)  www.stagecoach.com/media/news-releases/2014/2014-11-27.aspx   www.gov.uk/government/news/more-seats-more-services-and-new-trains-for-east-coast-passengers 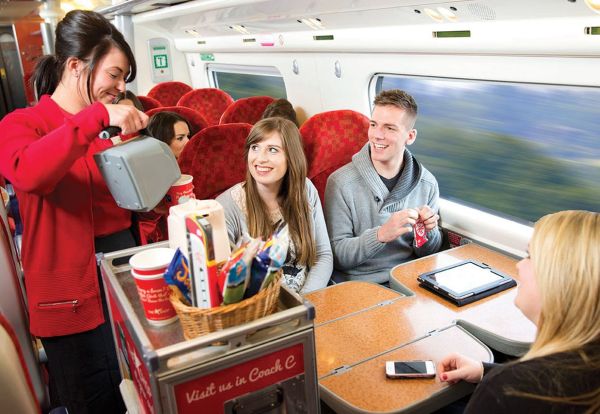