Air New Zealand has finally released its new ‘Hobbit’ safety video which we previewed back in August (BTN 11 August) ahead of the December release of the final film in The Hobbit Trilogy, The Hobbit – The Battle of the Five Armies.

Starring in what is termed “The Most Epic Safety Video Ever Made” are members of the cast from all three films in the Trilogy – Elijah Wood (Frodo Baggins), Dean O’Gorman (Fili the Dwarf) and Sylvester McCoy (Radagast).  The video, which is directed by Kiwi filmmaker Taika Waititi (Boy, What We Do in the Shadows) also features cameos from The Hobbit Trilogy Director Sir Peter Jackson, Weta Workshop co-founder Sir Richard Taylor and Waititi himself, who appears as a Wizard.

Jodi Williams, Head of Global Brand Development, Air New Zealand, says that the latest safety video wraps up a successful three-year association between the airline and The Hobbit films.

“We are very proud to be the official airline of Middle-earth and have worked hard over the past three years to create highly effective global marketing campaigns, including distinctive branded aircraft and Hobbit-inspired online content, which have got the world talking about both our airline and destination New Zealand.” 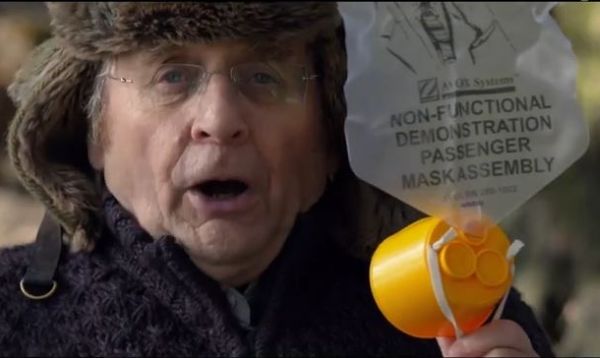