AND FINALLY: Not just for the children

Don’t get too excited yet, and it is not really a serious reason to use Air New Zealand when travelling from Europe to that country or Los Angeles (ANZ has traffic rights for its daily LHR – LAX.  The Premium Economy is outstanding) but the airline's next in-flight safety video will conclude the highly successful three-year association with The Hobbit Trilogy.

The yet to be titled safety video was shooting this week amidst dramatic Central Otago scenery in New Zealand.

The airline’s latest safety video follows on from the highly successful An Unexpected Briefing released in 2012 which has become a global hit, with more than 12 million views online.

The new safety video is expected to be rolled out across the airline’s fleet from late October.  http://airnzhobbitmedia.com/unexpected-briefing/en 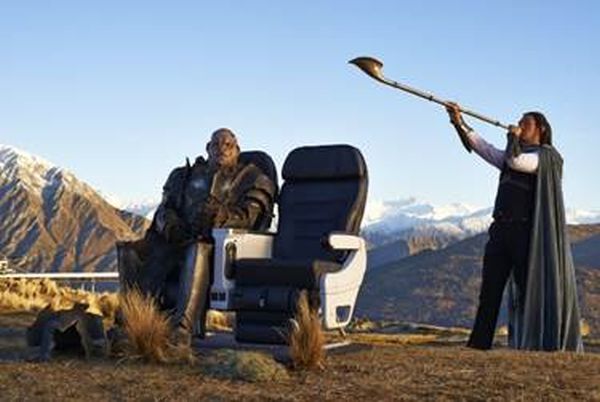