Cardiff Airport, owned by the Welsh Government, has announced that Jon Horne will stand down from his role as Chief Executive from 1 September.  Horne served n a similar capacity for a previous period at the airport when owned privately and was much involved in the development of London City. 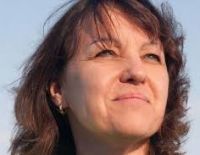 Lord Rowe-Beddoe, Chairman of Cardiff International Airport Ltd, said: “Jon has very successfully steered the airport through the first phase of our path to re-establishing its fortunes."

“This includes halting the decline in passenger numbers, establishing good and improving customer service and overseeing the physical transformation of the terminal as well as securing CityJet and the return of Ryanair to the airport.”

He added: “The Board is grateful to Jon for all that he has done in laying the foundations for our future, we have agreed that whilst he will not continue his executive role, he will be available to the Board as an advisor.”

Debra Barber has been appointed interim Managing Director.  Barber was previously Operations Director of the airport, which she joined in May 2012 following a career in the Royal Air Force.   www.cardiff-airport.com