Perhaps not as well-known as he should be, Sir Roger Bone, President of Boeing UK and Ireland, will retire at the end of September with Sir Michael Arthur assuming the post from 1 October. 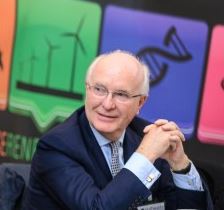 Working with Boeing’s business units, Sir Roger helped expand the company’s employee base from fewer than 500 to around 1,700 today.  Boeing’s footprint expanded to more than 20 sites across the UK and Ireland during that time.  During this period Boeing in the UK signed contracts for the sale of almost every type of Boeing commercial aeroplane, Chinook helicopters and C-17 transport aircraft, together with significant services and support contracts for both commercial and military customers.