The 2014 Skytrax Airline Awards coincided with Farnborough Air Show, taking advantage of the many CEOs and senior airline executives in the UK for the show.

This year’s venue was the Wind Tunnel Q121 (the former Royal Aircraft Establishment). 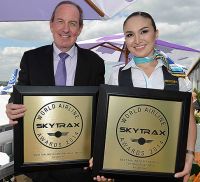 Aircraft from Spitfires to Concorde were tested in this now disused facility which served as a unique venue for the event attracting over 250 industry guests.

Surveyed were 245 airlines.  As Edward Plaisted, CEO of Skytrax, pointed out at the event, the survey is held in high esteem owing to its rigorously applied rules of complete independence with no links to any airline or any industry association.

Best airline of the year 2014 went to Cathay Pacific. www.airlinequality.com 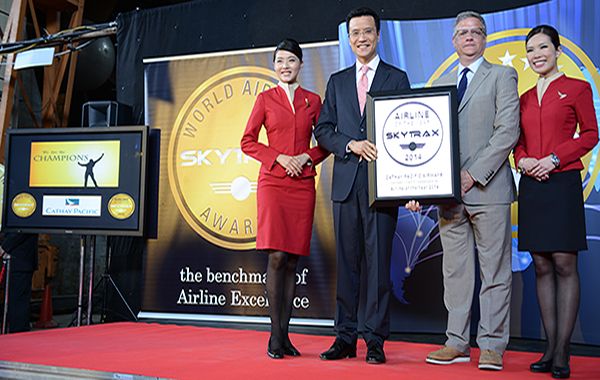