European Union state aid regulators have ordered Ryanair to pay back to France about €10m in what it calls “illegal state aid” received for operating at three small regional airports two of which it has already pulled out of.  This just leaves Nimes where €6.4m is said to be due. 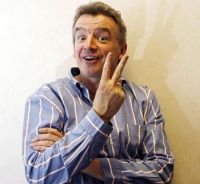 Air France is the complainer.

The European Commission said the French support, which consisted of contractual rebates and airport and marketing deals, gave Ryanair an unfair advantage.  It cleared assistance at Germany's Dortmund, Leipzig/Halle and Niederrhein-Weeze airports as they complied with the rules.

Transavia, part of the Air France-KLM group was told to pay back €400,000 in illegal state aid related to marketing and airport service deals at Pau Pyrénées Airport.

The Commission also broadened its investigation into financial deals at Austria's Klagenfurt Airport, saying these seemed to be excessively favourable to Ryanair.

Ryanair says it has instructed it lawyers to appeal against all the charges. www.ryanair.com