BTN has brought forward its normal ‘first of the month’ ON THE SOAPBOX due to the industry importance of the MH17 incident. 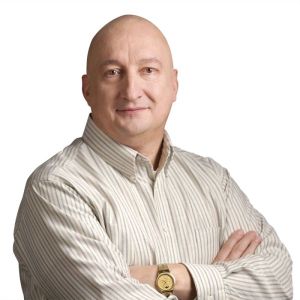 Hugh Dunleavy was born in London and studied Physics at Sheffield University where he stayed on gaining a doctorate in Theoretical Physics.

“The forcing down of flight MH17 by what is widely believed to have been a missile has had an unprecedented impact on the aviation industry.  It could have been any one of several well-known airlines also operating in the same flight corridor that day.

For too long, airlines have been shouldering the responsibility for making decisions about what constitutes a safe flight path, over areas in political turmoil around the world.  We are not intelligence agencies, but airlines, charged with carrying passengers in comfort between destinations.

Against the backdrop of increasingly volatile political situations around the world, such as Ukraine and Gaza, we as an industry must act now to create a system of approval that guarantees safe air passage for all commercial airlines.

As things stand, airlines are ultimately responsible for making a decision on whether or not to take a particular flight path.  When planning routes for our aircraft, Malaysia Airlines uses the best possible intelligence from the relevant third-party authorities to determine their safety and suitability.  We consult with relevant governments, International Civil Aviation Organization (ICAO), International Air Transport Association (IATA) and Eurocontrol, the air navigation service provider that determines civil aircraft flight paths over European airspace.

All factors are considered when making these decisions, with the safety of passengers and crew being the utmost priority.  Malaysia Airlines’ Flight Operations team use this intelligence, data and advice to make an informed decision on the safety of the proposed route for every one of its aircraft.  Only if a route is deemed completely safe by the authorities will Malaysia Airlines proceed with its flight plan.

MH17 was in air space approved by ICAO.  Its flight plan was approved by the Ukrainian authorities, as well as Eurocontrol.  Yet still it was brought down it seems by a missile.

This tragedy has taught us that despite following the guidelines and advice set out by the governing bodies, the skies above certain territories are simply not safe.

MH17 has shown us that airlines can no longer rely on existing industry bodies for this information.  No longer should airlines bear the responsibility of deeming flight paths safe or unsafe.  We are businesses, not agencies.  And it is not reasonable for us to assess all of the issues going on in all of the regions in the world, and determine a safe flight path.  For the sake of passenger and crew safety we need to insist on a higher level of authority.

Hundreds of flights a day continue to fly over what are generally considered to be unsafe parts of the world but which have the clearance of authorities.  Countries like Iraq, Iran, Syria and Afghanistan all accommodate commercial air traffic.  Individual airlines should not be arriving at decisions – independently of one another – to determine whether the skies above these volatile regions are safe.  How can airlines be expected to know what is happening on the ground when evidently in some cases neither do governments?  The airline industry should not be held accountable for factors that are beyond our control.

We have to act together as an industry.

Malaysia Airlines has suffered a tragic loss with the downing of flight MH17 and we extend our deepest condolences to the families of the passengers and crew who were on board MH17.  Our thoughts and prayers are very much with the victims and their loved ones.

As a company, Malaysia Airlines has twice been in a period of mourning this year but we will eventually overcome this tragedy and emerge stronger.

Our majority shareholder, the Malaysian Government, has already started a process of assessing the future shape of our business and that process will now be speeded up as a result of MH17.  There are several options on the table but all involve creating an airline fit for purpose in what is a new era for us, and other airlines.

Each day, we continue to fly over 50,000 passengers on 360 flights to 60 destinations.  We remain one of only seven five-star rated airlines in the world.  With the unwavering support we have received from the Malaysian Government, we are confident of our recovery, whatever the shape of the airline in future.  But it is our sincere wish to continue operating our service in skies our passengers and crew feel safe in.”