The production of the first Mitsubishi Regional Jet (MRJ) has reached a major milestone with the mating of the fuselage and wings of the first flight test aircraft.

The next stage in the process will be to mount the 70-90-seat regional jet’s Pratt & Whitney PurePower PW1200G engines which have already been delivered to Nagoya.

This summer also sees the start of static strength tests on the airframe.

First flight is slated for the 2015 second quarter, with initial deliveries in second quarter of 2017.  The schedule was revised in August 2013 when the date for first flight was pushed back by more than a year.  Mitsubishi said the delay was due to its practice of simultaneously addressing processes, in which design and development of aircraft system and component specifications were aligned with safety certification.

All Nippon Airways is the first customer, with an order for 15 MRJ 90s and an option for 10 more.  The total order book stands at 185.  www.mrj-japan.com 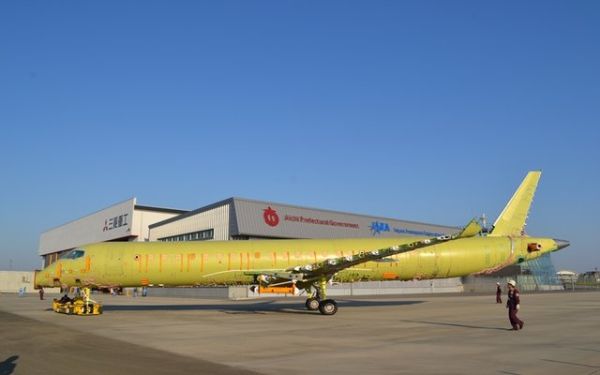