Business Travel News  has in the past visited Delta Air Lines museum at its Hartsfield-Jackson Atlanta International Airport headquarters (BTN 16 January 2012). Situated in the company’s original aircraft maintenance facility on the north edge of the world’s busiest airport it was not generally open to the public due to its airside location. During the last few months it has been completely renovated, access problems resolved and is open daily (except Wednesday).

The 68,000sq ft museum, housed in hangars that date to the 1940s, traces Delta’s history from crop-dusting and air mail service to its first passenger flight from Dallas to Jackson, Mississippi, on 17 June 1929.

Many airlines began flying mail for the US Postal Service, but Delta started by doing aerial crop dusting of cotton fields to protect them from the boll weevil beetle.

“That’s what kept Delta in business during the Depression,” said Marie Force, archivist for the Delta Flight Museum.

The museum includes Delta’s first Douglas DC-3 and its first Boeing 767 jet plus the only Boeing 737 simulator available for public use.  Fascinating is ‘The Propeller Age’ which includes five aircraft, three interactive touchscreens, 72ft of exhibit cases and wall graphics showing how Delta and the airline industry developed from the 1920s to the arrival of prop-jets in 1959.  www.deltamuseum.org 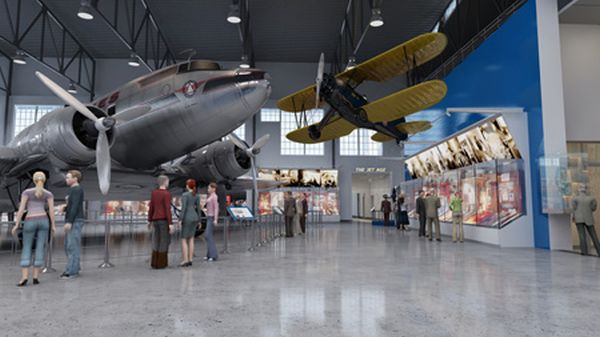