Airlines with direct flights to the United States have been told to tighten screening of mobile phones and shoes in response to intelligence reports of increased threats from al Qaeda affiliated militant groups. 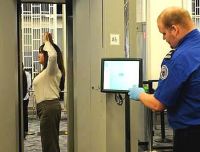 Officials have singled out smartphones including Apple iPhones and Samsung Galaxy phones for extra security checks on US-bound direct flights from Europe, the Middle East and Africa.

US security officials said that they fear bomb makers from the Yemen-based al Qaeda in the Arabian Peninsula have developed explosive devices that can avoid detection at airport security checkpoints.


The US Homeland Security Department last week announced plans to step up security checks, but they offered few details on how airlines and airports will implement them.  Whilst in theory luggage is open to inspection this is very seldom implemented.  If there is an increase in suitcase examination, for instance, this could lead to serious (expensive) delays in airline operations.  www.dhs.gov