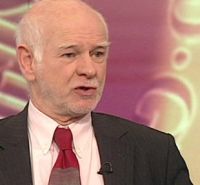 Sir Howard Davies, Chairman of the Airport Commission, told MPs last week on the House of Commons’ Transport Committee that he could have produced a full report, including the commission’s final recommendation for airport expansion, before the next general election due Spring 2015.

But Davies said that he was instructed by the government to report post election.

This revelation will offer further ammunition to critics of the government who say that the coalition has dithered regarding South East airport expansion since coming to power:  “We could be building runway three if it was not for Downing Street’s dithering,” said a prominent member of the air transport industry.  “Now Sir Howard admits that we will not see a new runway until 2026.”

Davies added that being given so long to compile a final report would allow the commission to produce something “more substantial” and also give the new government the chance to “hit the ground running” on the issue once the final recommendation is revealed.

Davies also used his appearance before MPs to hit back at Boris Johnson’s criticism of the Airports Commission, which he dismissed as “vulgar abuse” from London’s mayor.  “As far as the mayor is concerned we don’t seem to have produced the answer he wants us to produce,” he said.  www.gov.uk/government/organisations/airports-commission