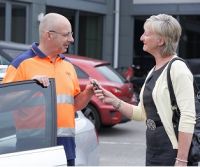 A recent study, published by UK-based International Currency Exchange, found that 40% of British travellers admitted they found tipping awkward and almost one in three confessed they did not know how much to tip in a destination.

The research compares the rules and etiquette of tipping across 28 destinations, including Australia, France, Japan, Mauritius and USA, highlighting the local customs when tipping in hotels, restaurants, bars and taxis.

Surprisingly, only 12 of the 28 countries featured in the research were found to expect tipping from customers.  However some countries impose a mandatory service charge to bills, with Dubai including a 10% charge and France a 15% charge.  Other countries such as USA and Canada calculate tips as a percentage of the total bill before tax, ranging from 10% for satisfactory service and 25% for outstanding service.

However travellers should be aware that tipping is not expected in certain countries and can even be considered impolite.  For example, most establishments in China impose a strict 'no-tipping' policy.

BTN can confirm that APH run a fine and competitive concierge service and the drivers do not expect a tip.  www.aph.com/tipping