Ethiopian at the Aviation Club 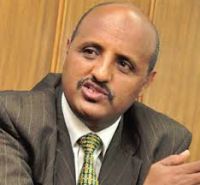 The London-based Aviation Club of the United Kingdom kicks off the 2014 season at the Institute of Directors with Tewolde Gebremariam, CEO, Ethiopian Airlines, as the guest speaker on Thursday 6 February.

Ethiopian is one of the most successful African airlines but does have its problems.  As an early customer for the Boeing 787 it suffered a major setback with a serious fire at Heathrow in July of last year with a parked aircraft.  No official explanation has yet been given, although a report might be published before Mr Gebremariam’s speaking date.

Ethiopian Airlines was established back in 1945 as the government-owned State airline, which is still the case.  Its hub and headquarters are at Bole International Airport in Addis Ababa, from where it serves a network of 80 passenger destinations – 16 of them domestic – and 17 freighter.

Ethiopian flies to more destinations in Africa than any other carrier.  It is also one of the few profitable airlines in the sub-Saharan region.  Its current passenger fleet includes 14 Boeing 737, 4 Boeing 757, 12 Boeing 767, 7 Boeing 777, and 5 Boeing 787.  The airline also has 13 Bombardier Q400 for use on regional and domestic services.