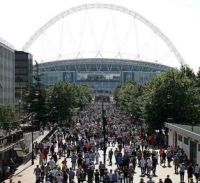 The turn of the year is always the time for the opening of new hotels and the closing of deals.  December 2013 was typical and BTN highlights three announcements.

The Alexandra Barcelona – a DoubleTree by Hilton, has opened in the city’s exclusive Paseo de Gracia area.  The introduction of the 116-guestroom full-service hotel marks the Barcelona debut for the upscale by Hilton brand.

Millennium & Copthorne Hotels is to add to its London portfolio with the purchase of the Wyndham Grand London Chelsea Harbour.  The deal is expected to be completed in the first three months of 2014.

The property, which is located on the river Thames and is part of the Chelsea Harbour development, features 154 suites and four penthouses, as well as meeting space including a ballroom that can host conferences for up to 800 people.