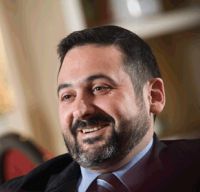 Vueling Airlines, now part of IAG, and a sister company of British Airways, is in an expansion mood with plans to double its Brussels Airport throughput for next summer.  The airline will launch seven new routes.  Ibiza, Lisbon, Oporto, Palma de Mallorca, Rome, Santiago de Compostela and Venice.

Speaking at a press conference in the city Vueling CEO, Alex Cruz, was keen to emphasise the importance of connecting passengers via Barcelona-El Prat where last summer the airline topped 100 direct destinations. “During this year over 4m passengers travelled through Barcelona with Vueling”, he said.  “This planned increase for 2014 will expand the range of transfer possibilities to 4,000 flights, between a total of 111 destinations”.

In Barcelona during the last two summer seasons Vueling has launched 59 direct routes.  Of all European airports, except Frankfurt, El Prat airport now offers the largest choice of short and medium haul routes operated by its main carrier company.  It is the ambition of Vueling to become the European leader in low-cost connecting in 2014. www.vueling.com