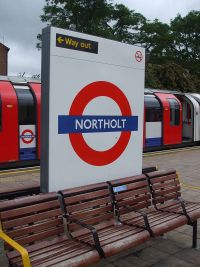 A very crowded press conference last week heard from Airport Commission boss Sir Howard Davies regarding progress with the investigative task assigned to him by Government.  The Commission is due to publish a short term remedy, no new runways, by the end of this year with the final report due after the 2015 general election.

"Our provisional conclusion is that we will need some net additional runway capacity in the south-east of England in the coming decades", Davies said.  "To rely only on runways currently in operation would be likely to produce a distinctly sub-optimal solution for passengers, connectivity and the economy, and would also almost certainly not be the best solution in terms of minimising the overall carbon impact of flights and travel to and from airports".

A question and answer session followed with several attendees talking about a national consensus, whilst it was evident that local airport groups were well represented by spokespeople who were trying to make a point rather than ask a question.  BTN who asked if there was going to be an aviation person added to the Commission with the loss of Geoff Muirhead (due to lobbying).  The answer was negative.  Jim French, Flybe's Chairman, highlighted the problem of regional London access. www.gov.uk/government/organisations/airports-commission