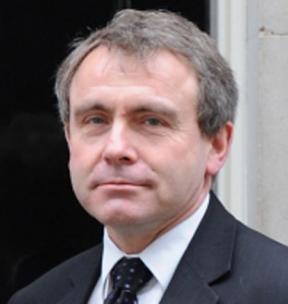 Following the resignation of Simon Burns as Minister of State for Transport there has been a reshuffle in that Government Department.

Patrick McLoughlin remains as Secretary of State for Transport.

Baroness Kramer (Liberal Democrat), the former MP for Richmond, fiercely anti-Heathrow, and who lost her seat at the last General Election, is appointed as Minister of State at Department for Transport.  As early as her maiden speech, Kramer made opposition to the airport's expansion one of her key goals as a Member of Parliament.  As a member of the House of Lords she is not open to questioning during any Commons debate regarding her portfolio, which focuses on HS2.

Robert Goodwill (Conservative) was appointed as Parliamentary Under-Secretary at the Department for Transport.  He is a farmer and was in opposition a member of the Transport Select Committee for 18 months and a Shadow roads minister. He is responsible for aviation, strategic roads and Highways Agency, motoring agencies road safety and standards freight and logistics – including lorry road user charging, local roads, cycling, HS2 Phase One and Europe.

Stephen Hammond (Conservative) remains as a Parliamentary Under-Secretary of State for Transport.  He is responsible for Crossrail, trains and maritime. www.gov.uk/government/organisations/department-for-transport