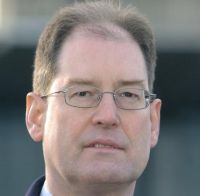 The Airport Operators Association (AOA) has confirmed that Sir Howard Davies, Chairman of the Airports Commission (see Sir Howard on stage), has agreed to be a keynote speaker at its Annual Conference on 21-22 October, at the London Hilton Metropole Hotel, Paddington.

With Simon Burns, Minister of State for Transport, stepping down, a replacement speaker has not been announced as of this writing. (see Cabinet transport reshuffle)