Prestwick to be nationalised? 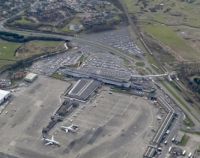 Glasgow’s Prestwick Airport, which has been unsuccessfully on the market since March 2012, is to be taken into public ownership by the Scottish National Party (SNP) led Scottish Government.

Deputy First Minister, Nicola Sturgeon, has announced that “despite those efforts (by current proprietor New Zealand-based Infratil) and interest from potential investors, the process has now reached a point where it’s clear that no private buyer will be able to take the purchase forward in an acceptable timescale to the current owner”.

Due diligence is being undertaken and a business plan developed “that will allow Prestwick to thrive once again”.  Infratil will continue to operate the airport in the meantime.

Brian Donohoe, Chairman of the All Party Parliamentary Group on Aviation, is the local MP.

“Prestwick Airport with its established businesses, long runway and excellent weather record for diversions, is a tremendous asset to our region.  I welcome the commitment of the Scottish Government to secure its future and the vital employment and economic activity that it generates.  But a change of ownership alone is not enough; increasing revenue will require a specific focus and marketing across the entire aviation / aerospace sector to increase both operational and commercial income in the future”.

He emphasised a required link to London with Northolt sharply in focus. www.glasgowprestwick.com