Alison Chambers has been off on her travels again, this time to the musical city of Salzburg, famous for Richard Rogers (who probably never visited the city) and Wolfgang Amadeus Mozart, born within the precincts. 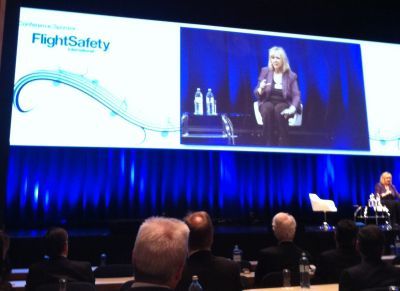 The European Regions Airline Association (ERA) held its annual General Assembly in the pretty Alpine city of Salzburg last week.  The high point of the event, alongside the extraordinary sunshine (winter officially begins on 1 October) was a presentation by guest speaker Doreen Welsh, senior flight attendant on US Airways Flight 1549, reliving the Miracle on the Hudson.

The low point was the actual travel to the event.  For many travelling from the UK (media especially eschewing the high British Airways’ fare) it involved an overnight at a Stansted airport hotel for the 07:15 Ryanair departure. European delegates came via LCCs too, or took the train.

The battle for territory between LCC and regional carrier was once again aired in Salzburg, hard on the heels of Aer Lingus CEO Christopher Mueller’s warning last month "every flight in Europe not touching a hub will soon be flown by a low cost carrier.  The game is over”. 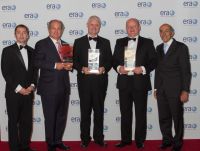 Outside the conference hall delegates were musing on the Flybe model, once the darling of the industry as the first hybrid low fare regional – asking has it now been invalidated as it goes through a painful restructure with new ‘hard core’ LCC managers at the helm.  Carpatair in Romania, headed by former MIG fighter pilot Nicolae Petrov has been forced to pull out of Timisoara Airport, its home hub airport for the past after 13 years, cutting back on routes and aircraft as a result of a long dispute with airport management and competition from Wizz Air.  Sources close to the airline said it resorted to court action which it won, but with no prospect of compensation in sight it has reluctantly tendered its resignation to ERA.  Heavy consolidation and airlines going out of business has seen airline membership reduce to 50, some 40 CEOs were present in Salzburg. (See Luton to Eastern Europe in this issue)

New faces this year were Mark Darby, now CEO of Aurigny, set to take the airline into the jet age next spring when the Channel Islands carrier acquires an Embraer 195 to pick up the loss of capacity from Gatwick.  Rob Veron from Blue Islands (more ATRs are on his shopping list) and ERA welcomed new airline member Adria Airways of Slovenia.  Jan Palmer, a long standing popular ERA figure is out of retirement as CEO of Estonian Air.  Notable in Salzburg was the evolution of one time established regional carriers – Contact Air and Cimber/SkyWays into new aviation maintenance and support companies – Contact Air Technik and SkyWays Technics A/S, the latter headed by Benjamin Nielsen from the Cimber Air family, both making their debut in the exhibitors’ hall. 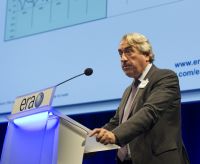 A new ERA President was elected – Egbert Kreiken from KLM CityHopper, who succeeds Brit Air’s Mark Lamiday after a three-year term.  Reflecting on his past three years the Brit Air boss said that life before 2008 was much more stable.  “We have had to cope with some rocky times, a variety of issues and considerable changes in economic fortunes, but we have adapted”, he said. 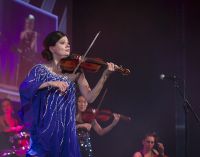 The tough market means a firm focus on efficiency.  The use of 70-seat aircraft has increased, the sub 50-seat market has declined and there is a solid market for turboprops.  Did Bombardier pull the plug on the Q300 too soon delegates observed – when lease rates and demand for the type is still high.  The Saab 2000 is still very popular.  Loganair, sister airline to bmi regional, will introduce three next Spring and Darwin Airline which just launched flights from Cambridge Airport, recently added an additional aircraft.

An intelligent and efficient infrastructure is vital to sustain the industry, as ERA marks its 34th year.  Director General Simon McNamara said that EU 261/passenger rights remains an uphill struggle, placing intense pressure on flight operations.  At a panel session on the continued evolution of air transport and how regionals can maintain their place Cathal O’Connell, CEO of bmi regional, said that it was far less expensive to develop regional networks linking regional airports and that regional airline customers will look at the value, not just the price.  As for being squeezed out by the LCCs, the cost of serving major airports is higher, but if a hub airport loses its feed then the legacy airline suffers too.  The session highlighted the value of niche operations – bmi regional’s plan to start linking Stavanger with Harstad and Tromsø in northern Norway from January – the first direct air links between two important hubs for the Norwegian oil and gas industry – being a case in point.

ATR President Filippo Bagnato had reason to smile in Salzburg.  Not only did he announce a repeat order from Nordic Aviation Capital, the Danish regional aircraft leasing company, for a further 30 ATR72-600s – 15 firm and 25 options – boosting their order to 200 ATRs – but NAC Chairman Martin Moller told the assembled media that the OEM’s anticipation of demand for the larger ATR was understated.  ATR has cited demand for 1,300 aircraft over 20 years.  “Everybody is looking at driving seat-mile costs down.  It’s about time (for this aircraft) and we can’t wait for delivery”, Moller said.  The decision whether or not to commit to the ATR 90 sits firmly with ATR shareholders EADS and Alenia, Bagnato reaffirmed.

Bombardier showed a video of the C Series’ first flight and highlighted that Q400 customers were moving up to the C Series – such as Air Baltic and Toronto’s Porter Airlines for Toronto City Centre Airport. (New start up Odyssey airlines has also identified the C Series for London City Airport - Ed).

While no formal update on Air France’s proposed sale of Dublin’s CityJet was aired, CEO Christine Ourmières said that the airline is getting ready to be independent from April.  Among the suitors is Hans Rudolf Wohrl’s Intro Group.  A fleet renewal evaluation is also being undertaken, she said. 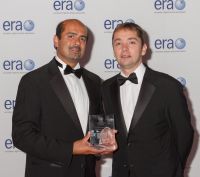 Profitable Binter Canarias of the Canary Islands scooped the Gold Award as Airline of the Year, the fifth time it has won the accolade.  bmi regional took silver with judges applauding them for a successful evolution to independent carrier.  Aer Arran, bmi regional’s former company, took bronze for its restructuring as a low-cost regional working under the Aer Lingus brand.  The airport award for Outstanding Achievement went to new airport member Budapest Airport for turning around its fortunes inside a year after its national carrier Malev collapsed.

Congratulations to Simon McNamara on his first General Assembly.  He showed he is a popular new DG.  His mantra is brevity and the conference flowed well with some new introductions including an innovation zone for topical briefings from members.  The highlight of the conference, however, was Doreen Welsh and her captivating heroic presentation on hearing the words "Brace to impact" on the Hudson River that had the audience moved to tears one minute then laughter the next, rendering an unprecedented standing ovation from fully attentive delegates.

The next ERA General Assembly will take place in Barcelona, 30 September-2 October 2013  www.eraa.org