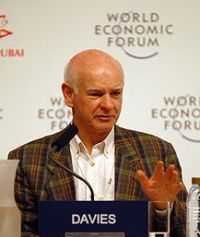 The debate about the UK’s airports and their present and future runway capacity –or lack of it – continues to occupy media column inches.

The Davies (or Airports) Commission is supposed to be the end game of a process that has offered a series of botched attempts to decide on the future of the London airports that can be traced back to the 1940s.

The Commission is due to make its interim report by the end of 2013 and its final report in 2015, just after a mandatory General Election.  The new government could take onboard what it says, kick it back into the long grass, or go for a compromise.  To reach any sort of recommendation the Commission must plough through a mountain of evidence that already stacks up to close on 200MB of data, and counting.  There are a myriad of conflicting opinions to examine and reconcile.

Just published is “UK Airport Capacity – Unravelling the Conundrum”, by David James Bentley, formerly Editor Airport Investor Monthly.  A 100,000 word document, it claims to cut to the chase, delivering searching analysis and decisive verdicts on the hopes and aspirations of the main contenders and assessment of the likely winners and losers. www.djbassociates.webs.com