ON THE SOAPBOX: Traffic at UK Airports: A tale of two parts 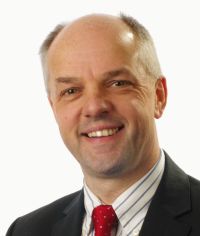 With the debate on future runway capacity still in full flow, an analysis of traffic from CAA data for the first half of 2013 provides the latest hard evidence for those considering future policy.

As background, traffic at UK regional airports in 2012 remained static, whilst London airports increased marginally by 1%.  These six airports achieved their best share of the UK total (61%) for 10 years.

At the start of this year, the prospects for a return to traffic growth in the UK regions were looking good – Virgin’s Little Red entry onto the Heathrow domestic routes replaced some of the former bmi operations – to Aberdeen, Edinburgh and Manchester, BA restarted services to Leeds Bradford, new routes were launched from the UK regions to Scandinavia (a market previously dominated by legacy carriers) and with new bases and additional aircraft added by the low-cost carriers (LCCs) at regional airports.

To help the picture further, half year data is now available (to June) and ahead of the expected re-bound in traffic this July/August ((see BTN 19 August)) one year on from the 2012 Olympics, which distorted the numbers.  The first six months data provides a good barometer of latest performance.

Here are the headlines:

London airports have grown by more than twice the rate of the UK regions with all achieving growth, including Stansted (+3.5%) which had declined by 3% the previous year and every year since 2008.

Heathrow might be full in terms of availability of runway slots, but it still achieved the best absolute growth in passengers of all UK airports, growing by 808,000 (+2.4%) in the first six months.  Surprisingly in spite of the new services by Virgin and a new BA Yorkshire link, domestic traffic from Heathrow is unchanged on the previous year.

Of the seven UK cities served from Heathrow, there were declines to Belfast, Edinburgh, Manchester and Newcastle, these four routes averaging 5% fewer passengers in 2013.

A staggering 80% of the traffic growth at Heathrow has come from European markets (EU and non-EU), re-affirming the short-term integration plan of bmi slots into the BA portfolio and the increasing of seat capacity on each short-haul slot pair.

After the effectively new Southend, London City achieved the next best percentage change in traffic, and has overtaken Aberdeen in the UK airport traffic league table.

The top 10 largest UK airports account for 84% of the UK total throughput and all achieved positive growth.  Manchester achieved the best growth (+5%) with almost half a million extra passengers in the first half of this year.  As with Heathrow, over 80% of Manchester’s growth came from European markets with new capacity added to Eastern Europe, Russia and the Eastern Mediterranean.  Reductions in traffic from Manchester to some long haul markets (Canada, Caribbean, Far East, Indian sub-continent) have been offset by increases to the hubs in the UAE and USA.

Whilst increases have returned to the largest UK regional airports, so far in 2013 there has been a mixed bag of performance with the next set of medium size operations.  Liverpool’s reduction is probably Manchester’s gain as the UK’s largest regional airport has been successful in attracting new LCC capacity.  Many smaller UK airports continue to contract or show no signs of improvement, as an example, Newquay has seen traffic fall from 430k in 2008 to just 168k in 2012 and so far in 2013 traffic is static.

Despite the switch of Aer Lingus’s Heathrow service from Belfast International to City, UK domestic traffic at International has only marginally declined as easyJet has added domestic capacity, the reductions at Belfast have been primarily on international routes and gains at Belfast City have only made good half of the international losses – with Dublin just down the road and Air Passenger Duty (APD) not applicable to departing passengers, it is likely that more of the international market is switching to the Republic of Ireland, despite Northern Ireland’s differential APD on direct long haul flights compared to the rest of the UK.

Of the 50 reporting UK airports, those outside the top 20 account for less than 4% of the UK airport total with most achieving average daily throughput of less than 1,000 passengers per day and currently no slots to enable them to link to the UK hub and increase their potential traffic; the continuing financial viability of some of these airports will be increasingly marginal.

The withdrawal of Flybe’s Gatwick domestic services will however have a further impact on Channel Island and Isle of Man (IOM) traffic next year.  easyJet’s larger aircraft should benefit the IOM if it continues to replace the frequency withdrawals of Flybe and BA CityFlyer to London.

Across all UK airports, 80% of traffic growth this year to date is to European markets.  Marginal gains from the UK to the Indian sub-continent, Central America, Far East, Near East and USA have been cancelled out by declines to the long haul leisure markets of Australasia, Indian Ocean Islands, Caribbean, Canada and East Africa.  Air Passenger Duty will have been a major causal factor in these declines, something which was widely predicted by the Industry.  In addition, increasing numbers of passengers (now counted in many millions a year) are choosing indirect routings over the Middle East and European hubs both to save tax and because of the lack of opportunity to route via the UK hub due to the continuing lack of slots.