ON TOUR: Warwick and Coventry 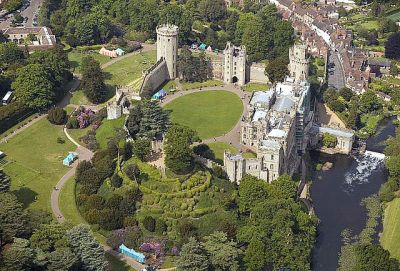 It is still holiday time for a few more weeks.

If you live in London and fancy a day out of town, or an overnight, you are spoilt for choice within 100 miles.  There are literally hundreds of National Trust and English Heritage locations to choose from and, if your interest is less historical, museums galore. And alternatives in abundance.

We chose for a weekend break Warwick and Coventry, a combination of history and 20th century modernism, plus Cliff Richard, the 72-year-old former rocker, a fine entertainer appealing a wide audience.

Let us start with Sir Cliff.

He gave an excellent 90-minute non-stop open air show at Warwick Castle, starting on time and only overrunning shortly.  But one word of warning. Unless you buy the more expensive seats take a pair of binoculars.  Stewards did their best to stop the more enthusiastic fans jumping around, but one had to be patient.  We were fortunately with the weather; it was a glorious day and did not need rainwear.

Warwick Castle itself is very worthy of a visit and is very near the M40 with excellent access.  (It is easy to combine with the motor museum at Gaydon if your crew are interested www.heritage-motor-centre.co.uk – BTN plans to review at a later date).  Today the castle is managed by the Merlin Group who also operates Madame Tussauds, Legoland, The London Eye, Alton Towers, Thorpe Park, and Chessington World of Adventures amongst other visitor attractions.

Warwick Castle features in the BBC series ‘The White Queen’ but its history goes back well before the Wars of the Roses, to Norman times.  The Earl of Warwick is just a title.  Once an Earldom became extinct (many met a messy end) the King of the day created another.  The current custodian is Guy David Greville, the 9th Earl in a line created in 1759.

The castle has a full programme for the rest of the holiday period with Jousting Knights, Horrible Histories and Mediaeval Banquets.

The Knights battle it out as the bravery, skill and agility of the jousters is tested to the limit in the outdoor equestrian arena situated next to the pretty River Avon.  The show runs twice daily.

If that is not for you, families visiting Warwick Castle on selected Fridays and Saturdays can enjoy a full day at the attraction followed by an entertaining Mediaeval Banquet. 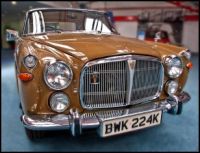 Not far away is the City of Coventry and the Coventry Transport Museum, one of the finest car collections in the world.  With more than 240 cars and commercial vehicles, 100 motorcycles and 200 bicycles it is a ‘must’ for any motor fan.  Admission is free.

Notable exhibits in the museum include Thrust2 and ThrustSSC, the British jet cars which broke the land speed record in 1983 and 1997 respectively and some of the Royal cars – Queen Mary's and King George V's State limousines.

Many ‘conventional’ motors are in the collection, including an Austin Allegro, an Austin Metro previously owned by the then Lady Diana Spencer, a Ford Escort MK2, Hillman Imp, Triumph Acclaim, Talbot Sunbeam, Talbot Horizon, Peugeot 206, Peugeot 405 and a DeLorean DMC-12 car made famous by the Back to The Future films.  A Humber staff car used by General Montgomery during the Second World War is also on display. 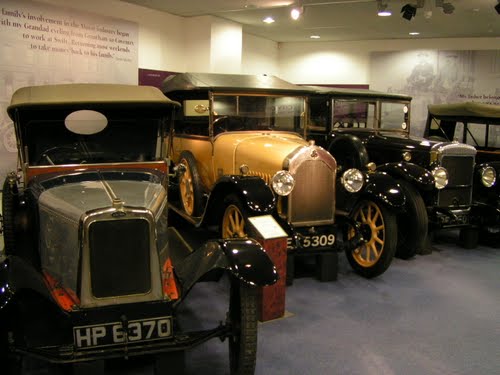 The museum displays many Coventry-built cars such as the Triumph, Humber and Standard marques, an Alvis tank, Massey Ferguson tractors, and Coventry-built buses.

The newest arrival is the first production F-Type presented recently at the official opening of the new Jaguar Gallery.

In addition to the stunning collection of cars covering 10 decades of Jaguar and the role of the company in Coventry history, the Gallery also references the many technology and design innovations behind these great vehicles.  Contemporary storyboards, film and spectacular imagery complement the sequential journey through the gallery, with historic artefacts to further illustrate Jaguar’s rich Coventry heritage.

Our night stop was a great surprise on what it offered and its background. 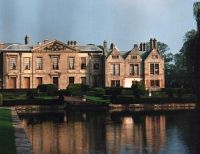 Coombe Abbey Hotel is a 4-star country house property set in 500 acres of glorious public parkland owned by Coventry City Council.  Rather like Warwick Castle its history can be traced back to Norman times.  It is an ideal base in which to explore.  The hotel is just five miles from the centre of Coventry and 10 miles from J2 of the M6.  Whilst mainly 19th century parts are 500 years old.

In 1992 No Ordinary Hotels Ltd won a lease to manage and operate the hotel opening the historic property in February 1995.  Initially 63 bedrooms, the Cloisters Restaurant, Chapter House Bar, private dining rooms, conference and banqueting facilities were provided.  A further 20 rooms followed in July 1999, and the Park Priory, a brand new very modern accommodation block styled to fit in with the mainly Victorian buildings, added in September 2008. 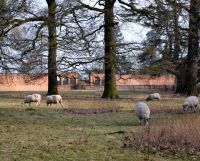 It all works very well with the facility extremely popular for stylish weddings (up to four quite large celebrations can be accommodated at one time).  There is of course free wi-fi.  There is a new 350 capacity marquee, suitable for a variety of events and more work is under way to develop the whole complex of new and old. It really is a hospitality gem.

If you stay at the hotel take time to visit the fine gardens and arboretum just a few steps across an ancient bridge and walled enclosure.  The park itself has a visitors' centre, popular barbeque area, huge lake and fishery and regular organised countryside activities.  No parking problems too.