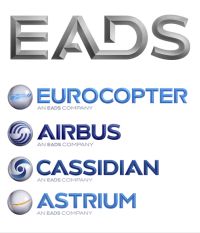 Airbus is to no longer mean just civil aircraft.  From January the various companies that make up EADS will trade under the single name of Airbus in three divisions.

EADS said the move would "enhance integration and cohesion by renaming the group and its divisions using the globally recognised Airbus brand".  The divisions will be commercial aircraft, defence and space, and helicopters.

"The renaming simply gathers the entire company under the best brand we have, one that stands for internationalisation, innovation and integration – and also for some two-thirds of our revenues", said EADS’ Chief Executive, Tom Enders.

"It reinforces the message that 'we make things fly".

The announcement came as EADS revealed that second quarter net profits rose by 14% to €518m.  It said that due to lower A380 deliveries during the year, EADS' revenues "should see moderate growth in 2013".  Its largest plane remains something of an enigma, the A380 order book, other than Emirates’ 90, remaining weak at 262 including six for Virgin Atlantic, who are unlikely to become an operator.  Deliveries so far have amounted to106. www.airbus.com