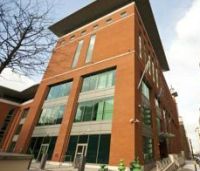 The Holiday Inn Express Birmingham City Centre has been rebranded ibis Styles under a franchise arrangement.  The 120-room property is on Lionel Street just a few minutes walk from Snow Hill Station.

This franchise deal is consistent with Accor’s strategy and the move towards a 40:40:20 split between franchised, managed and owned hotels.  The flexible and non-standardized characteristics of the ibis Styles brand make it a strong franchise asset.

Since September 2011 when Accor launched the ibis megabrand project, the ibis, ibis Styles (all seasons) and ibis budget (Etap Hotel) brands have been united within one single ibis family.  The newly repositioned ibis Styles has expanded across key locations and has opened hotels in London Enfield, London ExCel, London Southwark Rose, London Leyton and London Croydon.  Later this month the ibis Brighton City Centre hotel will open its doors.

Thomas Dubaere, Managing Director, Accor UK & Ireland said: “This new franchise deal reflects not only the strength of the ibis Styles brand, but also demonstrates our attractiveness as a franchise partner.  We are well on track to achieving our target of 10,000 new rooms by 2015”.  Accor currently operates 197 hotels across the UK and Ireland. www.ibis.com/ibisstyles