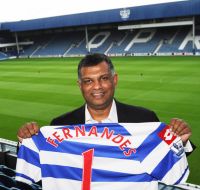 Whilst his Air Asia low-cost operation based in Kuala Lumpur continues to thrive some other projects of Chief Executive Tony Fernandes are proving to be less of a success.  Last week it was announced that Air Asia Japan, a joint venture with ANA, is to be closed in October this year after a little over 12 months of services.  It seems that the idea of flying ‘budget’ class did not fit into the Japanese mentality.  The four Airbus A320 aircraft involved will return to the ANA main line fleet and the routes integrated into the airline’s system.

Earlier this year Mr Fernandes’ investment in Queens Park Rangers, a League soccer club located in west London, proved to be embarrassing, with the team relegated to League One (in effect League 2).  He also owns Caterham Cars, a specialist car maker and back of the grid regular in Formula One. Another project, and still functioning in the Far East, is Air Asia X, which abandoned Stansted early last year, only to last a short time at Gatwick.

On the positive front Air Asia continues to thrive and claims to be the largest ‘low-cost’ operation in South East Asia, although being challenged by Indonesia’s Lion Air.  Jointly with India’s Tata Corporation it is pushing ahead with plans to introduce Air Asia India, a project now approved by the Indian Government. www.airasia.com