Alison Chambers and Malcolm Ginsberg report, the Editor only staying for the Monday via Eurostar and RER.  Once again there was chaos at Le Bourget station as the heavens opened up (and continued for the rest of the day).

Two aircraft caught the eye at the 49th Paris Air Show – British Airways A380 and right at the other end of the scale the Flaris LAR 1 jet. 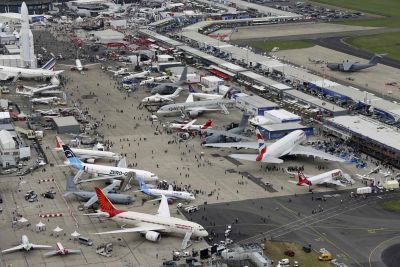 Arguably as graceful an aircraft as you have ever seen, and superbly flown by Airbus test pilots, the first BA A380 was demonstrated during the opening two days of the show, elegant in a slow speed flypast followed by a steep climbing turn.  Not to be done in airline duty.

Equally interesting, in its own manner, and tucked away at the extremity of the show in Hall 5, was the Flaris four-seat single-engined jet, produced by a Polish truck company and due to fly by the year’s end.  Innovative is the only way to describe it, and if it works, at a price of US$1.5m, a real breakthrough in light aircraft design.

Throughout the show major plane orders were announced at a breathtaking rate, some genuine, some obvious, and some questionable.  Ryanair we knew about, easyJet was understandable and a 20 A380 commitment by Doric Asset Finance, an investment operation, odd to say the least, the world’s ace aircraft salesman John Leahy, desperate to add to the Super Jumbo order book. 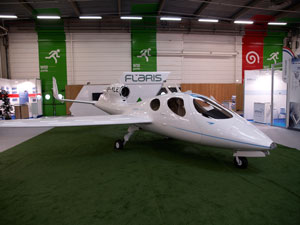 Perhaps the most important announcement was the formal introduction by Embraer of its E-Jet E2 family with launch customers SkyWest Airlines of the US and international leasing company ILFC (the first time it has bought Embraer aircraft), committing to a combined 300 orders and options.  The E-190 E2 is slated to enter service in the first half of 2018.  The E-195 follows in 2019 and the E-175 in 2020.

ATR celebrated its best ever air show, racking up a total of 173 orders worth US$4.1bn.  Danish leasing company Nordic Aviation Capital (NAC), which has a habit of order announcements at the show,  signed a contract committing to 90 ATR-600s, its biggest ever order for ATR aircraft.  Chairman Martin Moller said that the company was experiencing strong demand for the aircraft – from Asia and central and southern America.  He highlighted the ATR-600 was "far ahead of its time," and now, after 25 years' operations it is finally being recognised as the turboprop of the future, enjoying the highest ever production rates."  Later in the week NAC confirmed an early customer for six ATR72-600s was expanding Danish operator Jet Time which plans to debut the ATR on ACMI (Aircraft, Crew, Maintenance and Insurance – wet lease) flights for SAS out of Europe, complementing its Boeing 737-300 charter. 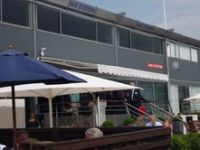 Ryanair’s Michael O’Leary broke his 25-year boycott of attending air shows to formalise his previously announced multi-billion-dollar deal for 175 737-800 jetliners.  “For 24 years I said I wouldn’t come to an air show – but this is special he said, in a joint press conference with Boeing’s CEO Ray Connor.  His announcement followed hard on the heels of an Airbus announcement of a conditional US$12 bn order from easyJet for 135 A320s – 35 current generation aircraft and 100 NEOs.   EasyJet said it negotiated “a very substantial discount from the list price” of the A320, listed at US$76.2m, and the A320neo, listed at US$92.3m.  The agreed price represented a greater discount on the list price than its landmark fleet purchase with easyJet in 2002.  Delivery for the current aircraft, all fitted with Sharklets, is slated for 2015 through to 2017, but the earliest NEO position is 2017, through to 2022.  The aircraft is subject to shareholder approval, at which point easyJet will announce an engine choice on the NEO.  Based on past experience whilst the (Stelios) Haji-Ioannou family are the largest shareholder and opposed to the move, they will be defeated with the overall vote. 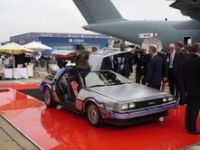 Airbus clinched deals for 90 planes on the Thursday, taking its orders and commitments to 466 aircraft worth US$69bn at list prices.  Boeing claimed US$66bn and 442 planes if you believe the figures.  Nothing was formerly said about the Boeing 777X, but that aircraft looks firm, with new wings and engines, but no comment regarding the fuselage.  Will it come with the popular large windows from the 787, or it is that one step, engineering wise, too far.

Paris (and for that matter Farnborough) is not just for the eye catching aircraft orders but very much the showcase for the mass of equipment that go to make up aviation in all its segments, six massive halls always busy.

We note two exhibitors here, totally different in what they are trying to achieve, but at the same time truly part of the aviation scenario.

Dallas Fort Worth Airport (DFW) is not just trying to sell international air links (it is doing OK in that area with daily flights to Australia, Europe and the Gulf) but also promoting its Fire Training Research Center (FTRC) as a global education study establishment for aircraft runway rescue operations.  Another area it is active in promoting is next generation air traffic control systems.  “Our status as an international leader in the aviation community has become an important strategic edge for DFW”, said Luis Perez, DFW’s Vice President of Air Service Development.  “When the aviation community sees the important work we are doing in safety and research, it elevates DFW and opens the door to partnership discussions on a wide variety of topics including new routes”.

A show regular in recent years WheelTug plc announced the execution of a Slot Purchase Agreement with Icelandair.  With the new reservations the order book of WheelTug aircraft drive systems grows to 573 delivery slots reserved by 11 airlines from Europe, America, the Middle East and the Far East.

WheelTug’s integrated nosewheel motors let pilots taxi from gate to runway and back without using engines.  The all-electric system is powered by the on board auxiliary power unit (APU).  The company projects WheelTug on a typical narrow body like Boeing 737 NG and/or A320 family will save in excess of US$1-2m per year per aircraft, with quick-turn and short haul flight profiles accumulating the greatest benefits.  Chief Executive Isiah Cox says the company is in negotiation with both Airbus and Boeing regarding data required for certification.  It is keeping a watchful eye on developments regarding the UK Airport Commission.  Wheeltug-equipped aircraft would easily increase the efficiency of airports such as Heathrow. www.paris-air-show.com 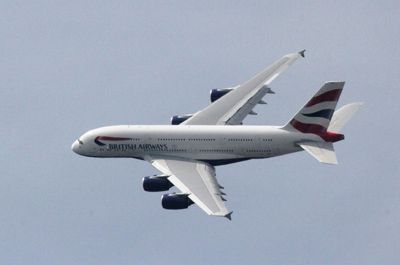