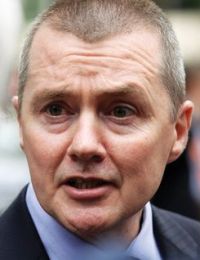 Spanish flag carrier Iberia (IB) has become unprofitable in all markets, including long haul, and its problems are critical, parent IAG said on Thursday raising more questions as to why British Airways amalgamated with the airline two and a half years ago with the Spanish economy already in a mess.  IAG has also established a large non-revenue earning headquarters at the World Business Centre Heathrow, with, it is said, up to 50 staff, presumably to eradicate duplicated jobs at BA and IB.

"It's only a first step and Iberia needs to do more", Walsh said.

"It's vital that everyone within the company understands that they have to make sacrifices to help save Iberia", the executive said in a clear call to unions bucking against salary and job cuts enforced last year.

IAG trimmed salaries at the Spanish airline last year in an attempt to counter cut-price competition from rivals such as easyJet and Ryanair in a severe economic downturn.

Workers staged two five-day walkouts in February and March leading to millions of Euros in losses and the cancellation of thousands of flights. www.iairgroup.com