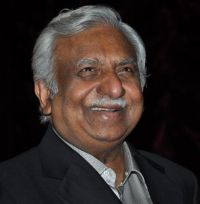 Whilst Brussels may be the joint centre of the EU (together with Strasbourg) airlines seem less and less inclined to use its international airport.  This is probably due to little leisure traffic and a clamp down on diplomatic expenses.

Following the 24% new holding by Etihad in Jet Airways, the Gulf airline’s CEO James Hogan has suggested a future move by the Indian carrier from Brussels into Amsterdam, establishing a relationship with Air France/KLM (see BTN 27 May).  Jet has yet to confirm its future plans.  Presently from the Belgium capital, Jet serves New York with Newark, where it is head to head with United Airlines, and also Delta and Brussels Airlines into Kennedy.  On the Toronto route it is solo.  At its Abu Dhabi hub Etihad will further link with Jet Airways to a number of Indian points. www.etihad.com www.jetairways.com