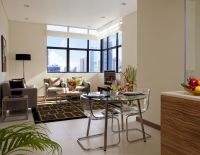 Figures just released by the Association of Serviced Apartment Providers (ASAP) confirm that the first quarter of 2013 has proved challenging for many UK operators in this sector.

The average overall occupancy for January to March in London was 77%.  The average net weekly rental rate in the capital was a healthy £1,102 which showed an 11% increase on the 2012 figure of £995.

For the rest of the UK and Ireland the occupancy performance was similar.  The average overall occupancy for Quarter 1 was 75% with January again proving the most challenging month with average occupancy of 69%. The average net weekly rental rate for the regions was £591, an increase of just under 3 percentage points on 2012 but only half of the London figure.

David Smith, Chairman of the Association comments: “Many of our members experienced a slow start to the year, particularly in January but we are pleased to report that generally business has picked up in Quarter 2 and are reasonably optimistic about prospects for the remainder of this year, both in London and the rest of the UK and Ireland”.

The ASAP has a membership of 58 operators and agents across the UK and Ireland representing in excess of 12,000 apartments. www.theasap.org.uk