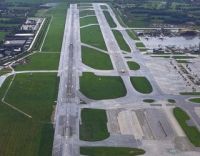 Another week of Airport Commission lobbying and news saw Sir Howard Davies' panel suggest that analysis by the CAA pointed to Gatwick as a second hub.  In a comprehensive 58-page document published last Thursday 16 May Davies concluded that it might be possible for one of the three global airline alliances at Heathrow to move to another airport without any large scale damage to their operations.

This is in fact in some ways a reincarnation of previous Government policy when British Caledonian (ultimately unsuccessfully) provided an alternative at Gatwick to Heathrow and British Airways.  Virgin Atlantic took over the role but today Gatwick does not even serve the world’s busiest long haul air route, London – New York.

Heathrow also published its submission to Davies' 18-strong committee stating that it did not want mixed mode (which would meet the December Commission pronouncement “Proposals for making the best use of existing capacity in the short and medium terms”) with the third runway its answer to the hub dilemma.  The difficulty with the Heathrow proposal is that it cited noise as a mixed mode problem, highlighting this obvious condition, which would be the same for runway three. http://mediacentre.heathrowairport.com