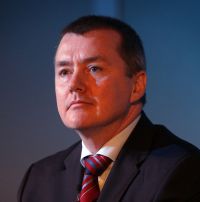 Losses at IAG widened in the first quarter of 2013 as its Spanish division Iberia continued to suffer from over manning and the economic downturn. Sister company British Airways performed well and now with the bmi takeover has plenty of Heathrow slots available midterm.

The creation of IAG by Willie Walsh has been questioned in some quarters.  “Would you have bought a Spanish property two years ago?” was a comment.  Walsh's argument that South American connecting traffic can be channelled via Madrid has also been criticised with the new long range aircraft easily being able to make most Latin capitals non-stop from London.  The City however seems to be confident, IAG shares standing at 275p, about twice its value of 12 months ago.

IAG said in a statement: “In light of the requirement for the group to seek shareholder approval for its previously announced BA fleet replacement orders and the consequent requirement to report on any outstanding profit forecast as part of that process, IAG is no longer giving guidance at the operating profit level for 2013”.

IAG reported a loss of £566m in the first quarter.  Last year for the same periods it was £129m.  Mr Walsh says that IAG would stick to its £1.6bn target for group pre-tax profits in 2015. www.iairgroup.com