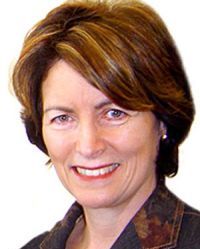 Parliament's Transport Committee, an influential grouping of MPs from all parties, but without any actual power, has come out strongly in favour of a third runway at Heathrow and, more long term, a major extension of the airport towards the west.  The report is timed to pressurise Davies (see elsewhere in this issue).

The Committee is adamant that London Mayor Boris Johnson’s ideas for an airport in the Thames estuary will not work, noting that it would be hugely expensive and damage wildlife.

Headed by Louise Ellman, Labour MP for Liverpool Riverside, the Committee said that a Heathrow closure "would mean massive disruption and loss of jobs".

“We conclude that adding new runways to expand a number of other existing airports will not, on its own, provide a long-term solution to the hub capacity problem.  We do however encourage Gatwick’s operator to develop a robust business case for their vision of a second runway”.  A Heathrow – Gatwick high speed rail link was rejected.

It said that residents affected by increased noise at Heathrow need to be compensated, unrestricted “open skies policy” outside the South East to boost regional airports was required, Gatwick and Stansted should get their own dedicated express rail services and that the government must reduce or scrap air passenger duty. www.parliament.uk/business/committees