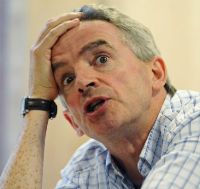 Spain’s Canary Islands are a new target for Ryanair this winter with the launch of 12 winter sun routes at the end of October.  The airline's Boeing 737-800s will have no problems regarding range.  The flight time, many sectors up to six hours each way, will require extra flight deck crew and cabin staff rest periods.  Passenger reaction to some of the world’s longest single aisle aircraft flights remains to be seen.

These are interesting times for the controversial carrier.  It has lost Commercial Director Kevin O’Toole to Manchester Airport; Stephen McNamara, Head of Communications, has departed to pastures new; and the carrier continues to live up to its reputation as the world’s most annoying airline.  It has a current fleet of about 300 aircraft and forecasts profits for this year “in excess of €500m”.

The new routes are: