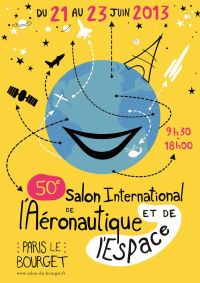 The Royal Aeronautical Society’s headquarters in London’s Park Lane was the venue last week for the Paris Air Show to promote internationally its plans for next month’s extravaganza at Le Bourget (17-23 June).  Whether it is the largest event of its type is debatable (Farnborough puts in a claim) but with 49 previous shows it is certainly the oldest.

Show Chairman and CEO Emeric D’Arcimoles explained that €50m had been invested in infrastructure at Le Bourget and €4m in renovating the 350 business chalets.  Other improvements include a mobile application with some world-first features offering indoor and outdoor geolocation, and flight schedules in real time, plus an FM radio station informing people about traffic conditions around the area.  There are 2,110 exhibitors booked plus 290 international delegations and 3,200 journalists.  Total attendance, including the public, was expected to reach 350,000.

When it came to aircraft some 100 are expected to be on display, but no A350 (now due to fly at the end of June), with the once again operational Boeing 787 probably the star of the show, although much was dependent on which Airbus A380 will appear.  A first showing for the Rolls-Royce British Airways goliath could make the front pages. www.paris-air-show.com