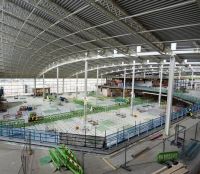 Following an initial price proposal on future London airport charges by the CAA last week, there has been an outburst by airports, airlines and trade organisations.  The CAA’s proposals for each airport will be published in October with the final decisions on market power, economic regulation and final licences due out in early 2014.

Tony Tyler, Director General and CEO of IATA, was previously CEO of Cathay Pacific.  His comments are from an airline point of view: “The CAA’s recommendation for a price cap of RPI -1.3% for the next five years is like prescribing a placebo to treat a very serious illness.  But with such a weak price cap, we are missing an opportunity to do something meaningful.  Over the last decade, airlines continuously cut costs to survive, while the regulator allowed Heathrow charges to triple”.

“Aviation is a strategic industry for the UK supporting some 1.4m jobs and over £70bn in economic activity.  But the toxic combination of government policies and decisions – high costs, restricted hub capacity and APD which is the highest aviation tax in the world – is eroding the UK’s status as Europe’s biggest aviation hub.  That Heathrow is measurably more expensive than its European rivals is clear evidence”. www.caa.co.uk