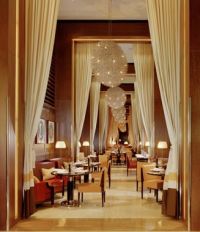 London is among the top three destinations worldwide with the greatest concentration of 5-star properties in the more than 140 markets rated and inspected by Forbes Travel Guide.

The London hotels contain no surprises in what is selected, it is the omissions that do arouse curiosity (why not the Connaught, Jumeirah and Mandarin Oriental for instance?).

Plus the spas at the Spa at Four Seasons and Mandarin Oriental, London.