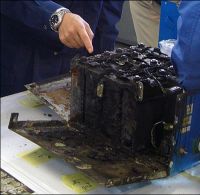 Japan's Civil Aviation Bureau said last Friday (22 March) that preparations are not yet complete for any test flight of Boeing's grounded 787 Dreamliner.  Takumi Electronics, a Japanese company, supplies the questionable batteries whilst ANA and Japan Air Lines are the lead operators.

"It's Thursday (in the United States) and nothing has been set", said Shigeru Takano, a senior safety official at the Civil Aviation Bureau (CAB).  "There are a number of steps it needs to take before a test flight", he told a news briefing.

Japan's aviation regulator last week criticised as inappropriate remarks made by Boeing executives at a 15 March press briefing in Tokyo who said that the cause of the battery fault may never be found.  CAB also said it was too early to estimate that the 787 would return to operation within weeks.

"We have received the correspondence, and remain fully committed to support the NTSB [National Transportation Safety Board] and other regulatory authorities in their investigations into the cause of the 787 battery incidents, and also continue our around-the-clock efforts to return the 787 fleet to service", Boeing spokesman Marc Birtel said. ww.boeing.com/commerical