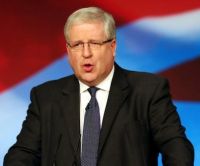 The Airport Operators Association (AOA), the trade body representing UK airports, will hold their 2013 Annual Dinner on Tuesday (5 March), at the Grosvenor House Hotel in London.  Around 1,000 people from the air travel sector will attend the event, the largest aviation dinner in Europe, the principal guest and keynote speaker will be the Secretary of State for Transport, Patrick McLoughlin MP.  Aviation Minister Simon Burns MP and Shadow Aviation Minister Jim Fitzpatrick MP will also be present along with other key players from the industry.

AOA Chairman Ed Anderson opening the Dinner is expected to emphasise the importance of aviation to the UK in contributing £50bn to the economy and supporting close to one million jobs.  He will also urge the Government to introduce policies which promote growth across the whole of the sector, principally through the Aviation Policy Framework due by the end of March, and call for further action on Air Passenger Duty (APD), including stopping the proposed increases in the tax and commissioning an independent study into its impact on the UK economy.

The AOA is a membership organisation comprising a total of 68 airport operators from across the country and an additional 160 plus Associate Members. www.aoa.org.uk