Please visit the Business Travel News stand at the Business Travel Show (No 471 on the right hand side opposite Priority Pass).  Leave your visiting card and you might win a pair of easyJet flights to and from any of the 130+ airports that the UK's largest carrier operates into.  Allocated seats of course.

ALL RUNWAYS LEAD BACK TO GATWICK 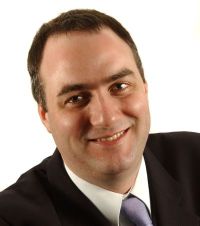 David Chapple is Event Director of the Business Travel Show, which takes place at Earls Court 2 in London on 5-6 February 2013.  More than 30 airlines are participating, just a fraction of the 200 exhibiting companies at the show, which is attended by over 6,000 senior buyers from all over Europe. Next door is Travel Technology Europe 2013, but it is all under one roof.

The issue of increased airport capacity in the south east of England has been grabbing headlines for the past 18 months, to the point where everyone now feels they ought to have an opinion, and one that is considered and not knee-jerk.

Just over 12 months ago, the Business Travel Show’s annual corporate travel buyer research showed that less than half (48%) of buyers believed the south east needed more runway capacity.  In this year’s survey this had risen to 62%; and of those who replied in the positive, those responses had also altered significantly.

A year ago 48% wanted a third runway at Heathrow.  This rose to 51% this year.  No one doubts that Heathrow is a problem that needs fixing.  It is currently operating at a perilous 99% capacity.  Some have suggested introducing mixed mode flying (ie using its two runways for inbound and outbound flights) to increase this capacity by 15% and another 10 million passengers per year.  However, in my opinion, Heathrow is a bit of a red herring in the south east debate when the real issue is how is aviation going to grow over the next 20, 30 years and how are we going to build an infrastructure fit for purpose to continue supporting the growth of UK Plc?

Last year, 37% of our respondents felt a completely new hub – ie Boris Island – was the answer.  This year, that has dropped to just 19%.  Finally – in my humble opinion – common sense has won through and we’ve realised that Boris Island just isn’t going to happen.

But what did fare well in our survey was Gatwick Airport.  Last year, one quarter of respondents felt that expansion at Gatwick was the solution to capacity issues.  This has now grown to 30%.

This makes a lot of sense to me and I’m not shy to admit I’ve been championing Gatwick for some time because, in the short term, I agree with our buyers, the answer is not Heathrow.  Or Marsden.  Or Boris Island.  The answer is other airports in the south east, airports with capacity: Luton, Stansted and, of course, Gatwick.

Gatwick is currently operating at around 80% capacity on its single runway. It’s projected to grow to 40 million passengers by 2020 with that one runway (it’s currently at just under 34 million).  It’s connected to London for business better than any other airport, with train links to Victoria, London Bridge, City Link and Kings Cross.  And it’s currently investing around £20 million per month into new passenger facilities as part of a six-year £1.2 billion programme due for completion around 2014/2015.  This investment and infrastructure make Gatwick a great option for business travellers.