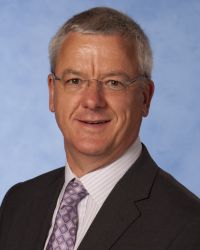 Star Alliance member United Airlines will be the lead (and largest) carrier when the new Heathrow T2 opens, expected to be at the start of the summer season 2014.  With no domestic gates in T3 the Chicago-based airline should benefit with connections to the new Virgin Atlantic services from Aberdeen, Edinburgh and Manchester, also moving to the new terminal.  For the first time all the United and former Continental Heathrow services will be in one building.

For summer 2013 United is offering flights from six UK airports to the US (Belfast – with no APD, Edinburgh, Glasgow, Manchester, Birmingham and Heathrow), connecting it is claimed to 300 destinations across the Americas.  It is emphasising that its New York hub airport, Newark, is more convenient and less distance to much of Manhattan than JFK.

The important Houston service will go triple daily with a four-class Boeing 767 on the route.  Washington is considered a growing route with Heathrow offering four daily services this summer and Manchester continuing as an all year round route.

Ireland is another important market with all the year round services to Newark New York from Dublin, Shannon, and ‘tax free’ Belfast.  From June Chicago is added from Shannon and Dublin’s Washington goes daily. www.united.com