ON TOUR: The UK Air-Rail Conference 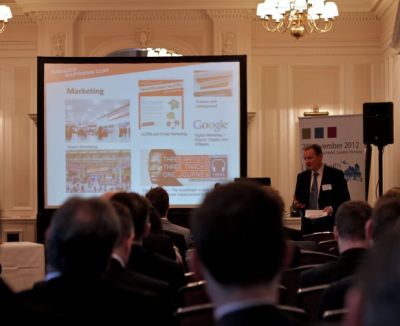 Vernon Murphy has a foot in both the airport and rail camps having achieved senior management posts at Aberdeen, Gatwick and Heathrow airports before being appointed Managing Director of Scottish Airports in 1988 and later Chairman, Heathrow Express.  He is BTN's expert in rail matters and was at the recent UK AirRail’s conference held at The Grosvenor Hotel, an integral part of London’s Victoria Station.  This is his report.

There is little doubt that the annual AirRail symposium gave a timely reminder of the issues facing air passengers using rail services to the London airports.  With the Davies Commission soon to commence examination of the various options for expanding airport capacity and passenger throughput, the importance of including rail access options in that analysis could not have been better made. 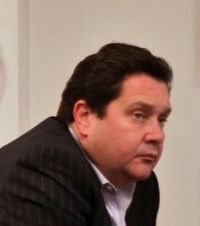 Presentations by easyJet’s Paul Simmons, and Gatwick Airport’s Julia Gregory set out the current dilemma which was then highlighted by questions from delegates.  Despite the best efforts of Southern Railways to maintain service levels Gatwick Express has been downgraded by franchise specifications in order to provide more trains for commuters.

Some of the basic standards that air passengers expect – particularly those with hold baggage – such as purpose designed carriages, adequate seating at busy times and on board staff to sell tickets and give advice particularly to foreign visitors – have disappeared.  This mirrors the earlier downgrading of Stansted Express, whilst trains serving Luton airport also lack space for baggage and the timetable starts too late for passengers flying out in the early morning peak.

The story is not all gloom with £53m worth of improvements being completed to Gatwick station and Gatwick Express continues to grow its passenger numbers and reclaiming its inner London market share with innovations in ticketing/fares.  However with the airport planning to expand the number of long haul routes, issues such as the DfT imposed access gates at the station and unsuitable rolling stock remain of concern. 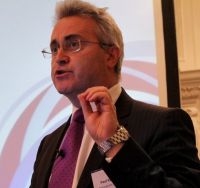 At Heathrow the threat to stop Heathrow Express would more than offset the benefit to rail’s market share from Crossrail.  With the Airtrack scheme linking three services via Staines into Heathrow axed by Government, hopes for improved rail access are very much pinned on building a link from the western main line into Terminal 5.  But no details of whether this would be from the fast or slow lines or indeed any service patterns were divulged.  If the access is to be from the slow lines this would require Crossrail to be extended to Reading to give a connection with express trains from the west.

Further afield Manchester Airport’s rail links are set for improvements with the extension of the Tram network to the airport and the forthcoming Northern hub project.  Of particular interest to the HS2 debate was a presentation by Lufthansa’s Markus Pauly on Replacing Flights with Rail.  His assessment was that for an air service to be entirely replaced by rail the journey time to the airport station should be no longer than about an hour although market share swung heavily in rail's favour for journeys of less than two hours.  Birmingham Airport’s Paul Keyhoe restated his views that HS2 to that airport would provide an alternative to expanding Heathrow and made a convincing argument for the HS2 project. 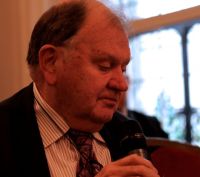 The keynote speech was delivered by the Rt Hon Simon Burns, Minister of State for Transport, who, in an upbeat presentation, emphasised the imperative of modernising both the rail network and airports and the links between them to ensure growth in international trade which is the country’s lifeblood and critical to keeping the economy prosperous.  Connecting for Growth should be at the heart of this policy.  Unfortunately this message does not as yet seem to have filtered down to the rail side of the Department for Transport. www.airrailevents.com