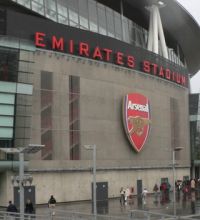 Soccer's Premier League has struck a deal with IMG, the media company, to provide comprehensive coverage on 24-hour sport channel, Sport 24 for the cruise and airline industry.

IMG are hoping to expand this opportunity, and are in negotiations with a number of other airlines and cruise companies.

Richard Scudamore, Chief Executive, Premier League, said: “We know IMG well and are extremely pleased that they have chosen to invest in the Premier League’s exclusive aeroplanes’ and ships’ broadcasting rights”.

In October, the Premier League changed their broadcast partner from Fox to NBC Sports group in the US in a two-year deal.  This included all 380 matches per season between 2013-14 to 2015-16.

Around the world, 212 territories now have rights to broadcast the Premier League to 643 million homes, the most-watched football league on the globe.  The annual revenue reaches towards £5bn. www.premierleague.com