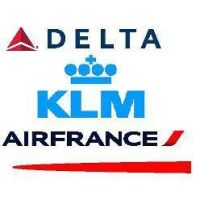 Following press rumours, Singapore Airlines (SQ) has confirmed that it was in talks with “interested parties”, to sell its 49% in Virgin Atlantic which it acquired for £600m in 2000.  At the same time SQ took a stake in Air New Zealand disposing of it in 2004 at a substantial loss.  Singapore and Virgin planned to commercially integrate routes and operations at Heathrow, but this never materialised

Delta Air Lines, with a major presence at Heathrow, is thought to be one of the carriers in discussion.  One difficulty with any share purchase would be the reluctance of Virgin to lose full control of its slots.  Likewise, for Delta, who competes with Virgin to both New York and Boston, it clearly wants to be in charge of its own future.

The European Union requires that EU carriers be under European control, meaning Delta would need to involve an EU airline as a partner if it wanted majority control of Virgin.  One way around this problem would be for Delta’s Air France-KLM Skyteam partner to acquire a small stake.  To complicate matters further Virgin is about to lose its long-standing CEO, Steve Ridgeway, his replacement likely to have personal views too.  And where does Sir Richard Branson stand? www.singaporeair.com www.virgin-atlantic.com